A school simulator set in a student council where you can fly freely in the sky and attack with swords and magic.

“School Simulator Darkness” is a school action game that solves various missions inside and outside the school as a student council.
From everyday missions such as “take classes” to zombies, succubus, and aliens, a little dark mission that fight against opponents, waiting for players!

[First release benefit]
Large benefits are provided only for the first release, such as diamonds and student council budgets. These can be used for costume unlocks. 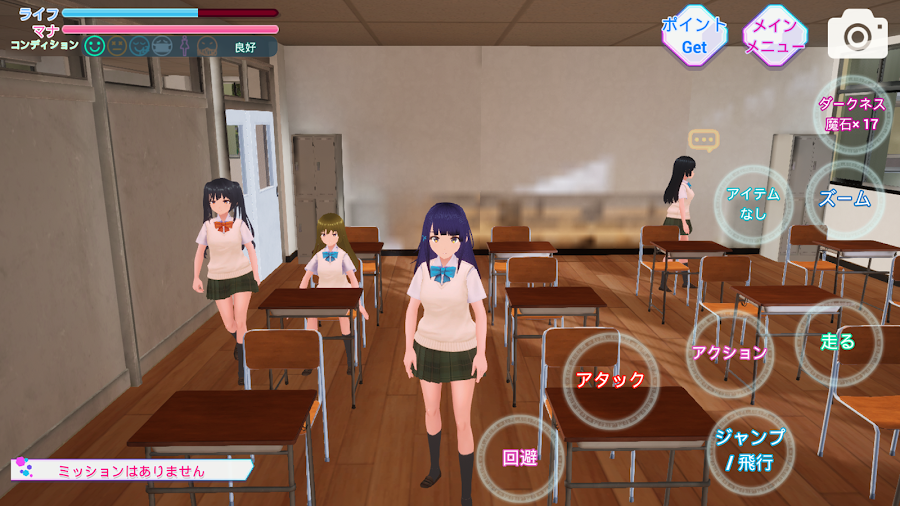 By repeatedly communicating with NPCs, you can increase your favorable impression.
There are also NPCs that take special actions if the liking increases!

“School Simulator Darkness” allows you to enjoy a school experience with a high quality graphic with Unreal Engine.

[Recommended operation environment]
Smartphones and tablets with more than middle ends released since 2017.

[Basic play free]
This game is planning only advertising revenue and has no billing elements.