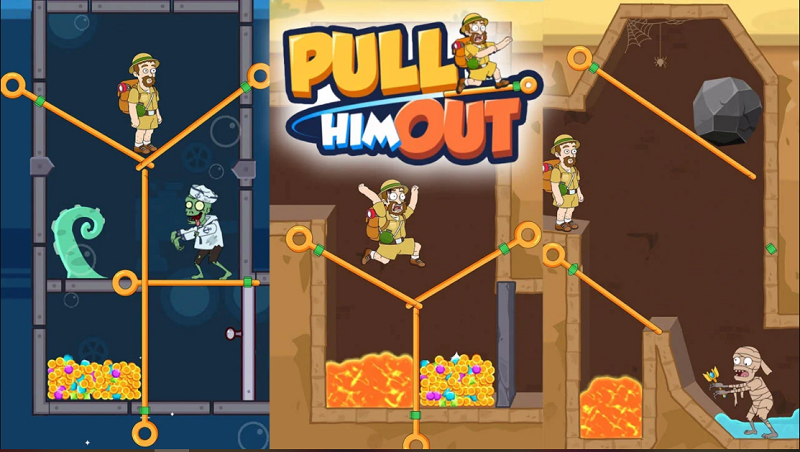 MOD APK Pull Him Out info:

Download Pull Him Out MOD APK (Unlimited Money, Unlocked) to build your museum quickly. Join the adventure in the latest puzzle game of Lion Studios here.

Lately, Lion Studios has achieved a lot of success with two fun puzzle games Save The Girl. These two unique games have attracted more than 20 million downloads on Google Play with millions of positive reviews. Following that success, they continued to develop Pull Him Out, a puzzle game with slightly different gameplay.

The interesting point in Pull Him Out is that this game has many different contents, not merely finding treasure. In chapter two, you have to rescue a girl in a burning building. Use a water bottle to put out the fire, don’t forget to pick up a mask to protect you from smoke and toxic gas. You can also open windows to let the poison gas fly out. In addition, you should also distract a hungry dog if you do not want to be eaten by him.

In general, Pull Him Out’s puzzles are quite logical and practical. However, sometimes, it also has some illogical puzzles. While playing the second chapter, I came across a puzzle with a soap. I don’t know what it is for, after a few experiments, I realized that soap turns electrified water into bubbles, thereby preventing you from getting an electric shock. 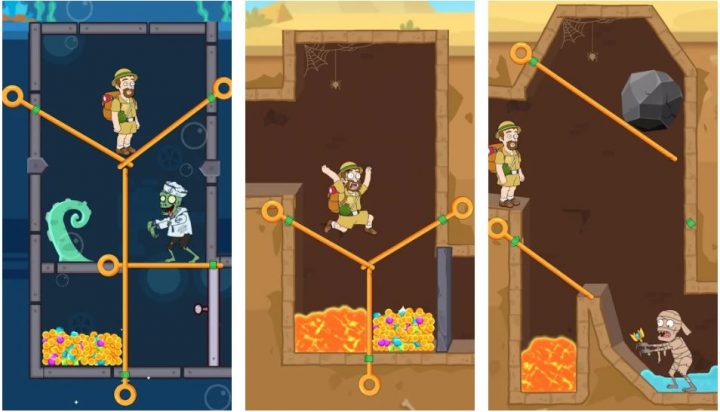 After completing level 8, the museum is unlocked. You use the money to build and upgrade buildings in your museum area such as pyramids, ancient Egyptian statues, diamonds, … Do you find them familiar? These are the things that you have gathered on your journey.

There are two ways for you to unlock new skins while playing, which are spending money and watching ads. Pull Him Out offers 17 fun outfits for you to change your main character’s appearance. You can equip him for a king outfit, a dinosaur suit or iron armor suit of a knight.