~Here is a friend <hero> you can trust~

It had a great impact on the resource depleted earth,
At the same time, it became a presence that spreads disasters and torments people. 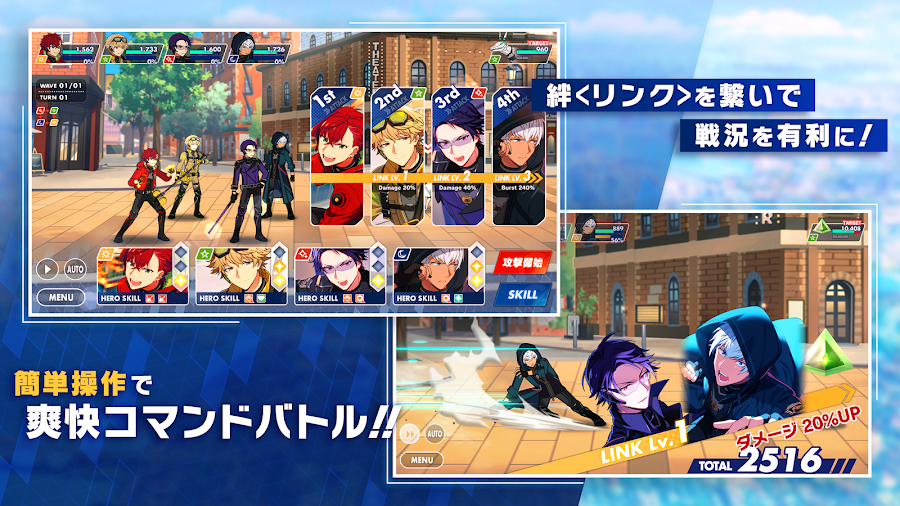 ▼ Exhilarating hero battle with easy operation!
The bond <link> between “heroes” will determine victory or defeat!
Make full use of teamwork and grab victory!
Animation is attached to the [Burst Skill] of the highest rarity “Hero”!

▼ Let’s enjoy training “Heroes”!
There are [Heroes] and [Frames], strengthen both and win against powerful enemies!
[Heroes] may even come with their own stories!