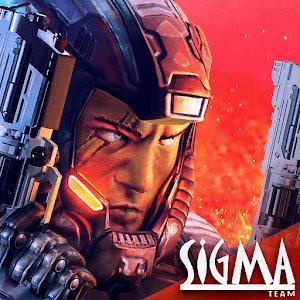 Alien Shooter 2: The Legend APK is a top-down view shooting game developed by Sigma Team. This game is the sequel to the legendary Alien Shooter game on PC and mobile.

Alien Shooter has been very successful with the version on PC. The game was developed by Sigma Team and was released in 2003. When participating in the game, you will be transformed into a marines soldier fighting against the invasion of alien monsters. He was assigned to wipe out a laboratory with an instant teleport machine that allowed aliens to teleport, bringing troops to invade the earth. Therefore, you have to shoulder the responsibility of protecting the safety of mankind. Players can use guns, explosives, … to destroy monsters.

Sigma Team was very successful with the first part of this legendary game. So what’s the new at part 2? Let’s find out with me!

The sequel to the legendary shooting game Alien Shooter

When the game started, the plot was unified. Your job is to clarify the mystery of Alien’s appearance at Magma Corporation. They are studying something and risk destroying the world we live in. Accompanying you are familiar characters General Baker, Nicolas engineer and of course indispensable Kate Lia. Not only that, but the game also has many mysteries waiting for you to discover.

From a PC game, the publisher developed this great game on the Android platform. Above all, in Alien Shooter 2: The Legend, they want something new. Alien Shooter part two is an online game. You can play with others, together overcome the challenges. Not only that, the weapon and equipment upgrade system will also be much more diverse. And the heroes will have more special skills. In addition, the game also has a ranking of achievements so that players around the world compete with each other.

About the way to move the second part is nothing new compared to the predecessor. In addition to adding the character’s skill button, it’s all like part 1. On the left side of the screen is the touch joystick and the right is a firing button.

About graphics, Alien Shooter 2: The Legend has been upgraded a lot compared to the first part. The publisher tries to give players the best visual experience. Scenes and characters designed with high-quality resolution. Even images of alien monsters are greatly upgraded. Moreover, the sound of the game is great. Gunfire, falling bullets or the screams of monsters were all made very authentic.

A lot of aliens

To increase the player’s experience, Sigma Team has increased the number of aliens per round. The difficulty will be arranged from easy to difficult. When participating in the battle, aliens covered your screen. a soldier to find a way out of the enemy encirclement.

Often the corpses of aliens will disappear after being destroyed. But in Alien Shooter 2: The Legend, they will not disappear. And some tasks will require you to do something with the corpses. So make sure you read the requirements carefully before joining.

The great thing about the second part is that you can use heavy military weapons like tanks, minigun gun emplacements, etc. The publisher also adds a lot of alien guns for you to experience and discover.