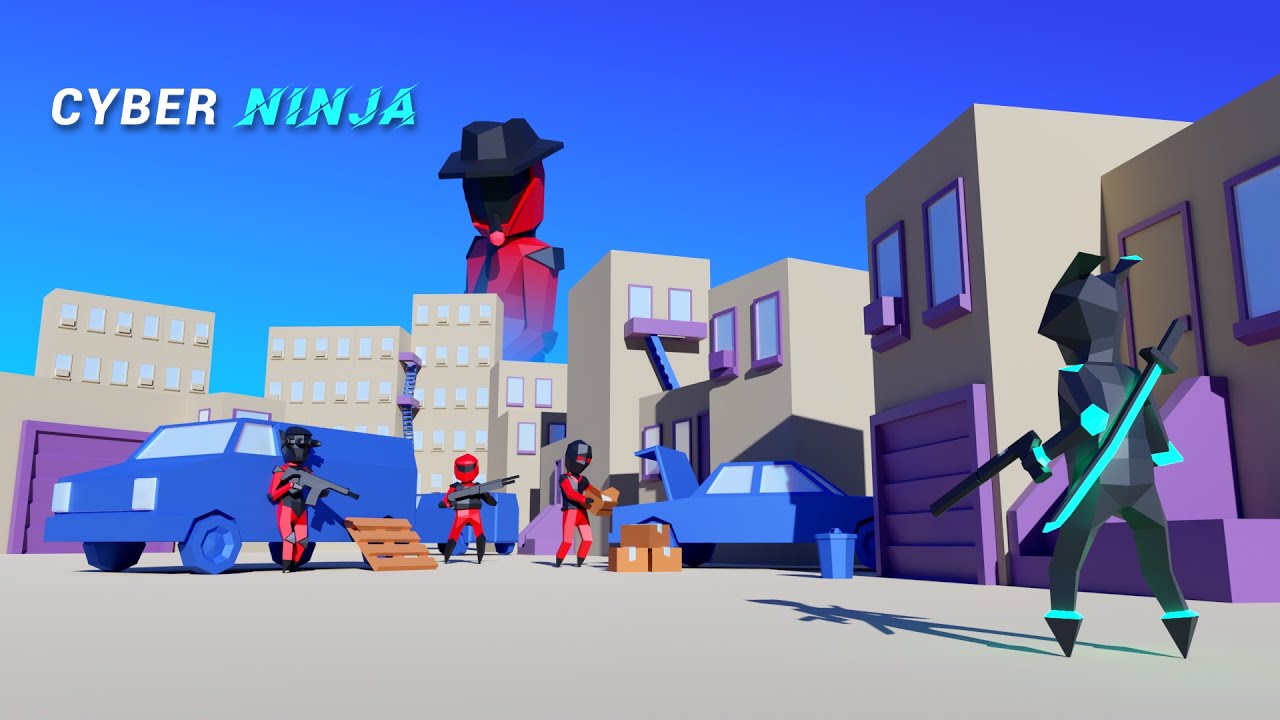 ⚔️ Master the Way of the Cyber Ninja ⚔️

There is a war in cyberspace, as evil goon cartels cause chaos around the globe. Our last hope is you, the Cyber Ninja – assassin of the digital age. Slip into a high-tech combat suit, sharpen your faithful katana and load up a military-grade arsenal of firepower to blast these crooks to dust. Think fast, engage even faster and be merciless at all times.

Are you up to the challenge? Then prove it!

Upload yourself today to experience the most vicious, non-stop action game out there. Use stealth tactics to fool your enemies, shoot like a pro to assassinate their leaders and unlock ever better weapons, upgrades, boosters and skills to multiply chaos to the max – over and over again.

The path of a master ninja assassin requires you to become one with your cyber katana. Perform stunning combo attacks to send opponents flying and paint the walls in shiny red. Build an assassin skillset worthy of turning ninja grandmasters like Hattori Hanzo green with envy.

Dominate your foes using the silenced pistol, pump them up to the eyeballs with the shotgun or go berserk with terrific gear such as machine guns, explosive revolvers and everybody’s darling: the grenade launcher. And when ammo runs out, a well-placed throwing star will cracky any skull in half.

✨ Use Stealth in Times of Trouble

Truth be told: You are outnumbered, severely. So choose your battles wisely and use special skills like the stealth booster to cloak yourself. Strike with surgical precision and swiftly evade the hailstorm of bullets like the one true dodge master.

Discover and wreak havoc in diverse and superstylish locations all around the globe. Leave a trail of destruction in urban back alleys, dirty gangster shacks, vast construction sites, narrow subway shafts and take a trip to the countryside to discover a mansion with a secret lurking below. 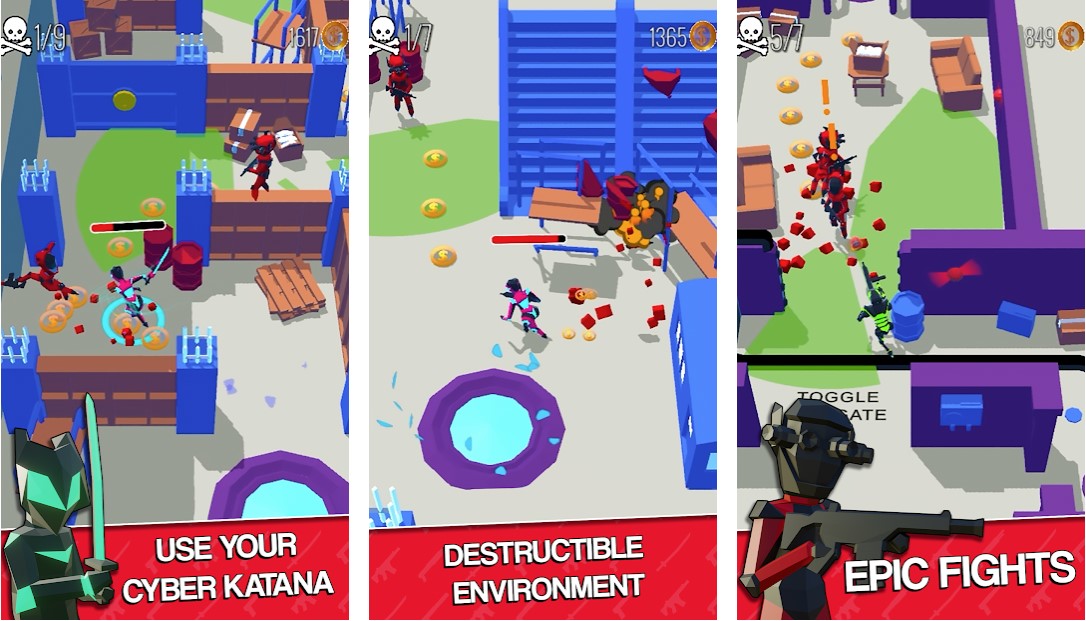 Not only will your enemies suffer from the action, but also the spaces they inhabit. Blast a foe into furniture to make it shatter, blow up walls by detonating explosive barrels and rip apart complete levels until there’s nowhere left to hide. Let the goons experience the rush of blood that they deserve.

To smash the goon cartels, you must hunt down each boss enemy in the game. Expect fierce resistance as you approach their hideouts, so be sure to put that blood money to good use by buying cutting-edge gear.

? Unlock a Plethora of Gear

On your way to becoming the ultimate Cyber Ninja, you’ll stash up an armory of mighty gear. Get new ninja characters with unique weapons, ballistic rifles, futuristic laser guns and special skill boosters like the security camera jammer, the enemy disguise transmuter or stay classic and become a katana master.

Sounds like your cup of tea? Then smash that download button, sharpen your katana and cause some action!

But remember the old ninja saying:

The price of admission is free, success is not.