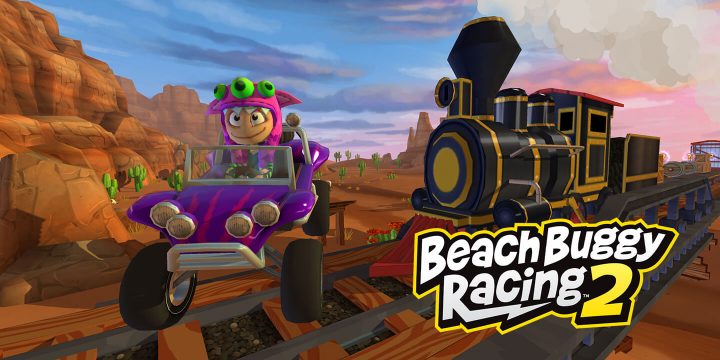 This is an upgraded version that can’t be missed if you are a fan of Beach Buggy Racing. This exciting racing game is back with more features, more cars, and more thrilling and exciting tracks.

Join the Beach Buggy Racing League and compete against drivers and cars from around the world. Race through Egyptian pyramids, dragon-infested castles, pirate ship wrecks, and experimental alien bio-labs. Collect and upgrade an arsenal of fun and wacky Powerups. Recruit new drivers, assemble a garage full of cars and race your way to the top of the League.

The first Beach Buggy Racing introduced over 90 million international mobile players to console-style kart-racing with a playful offroad twist. With BBR2, we’ve upped the ante with a ton of new content, upgradeable Powerups, new game modes…and for the first time you can compete against other players in online competitions and tournaments! 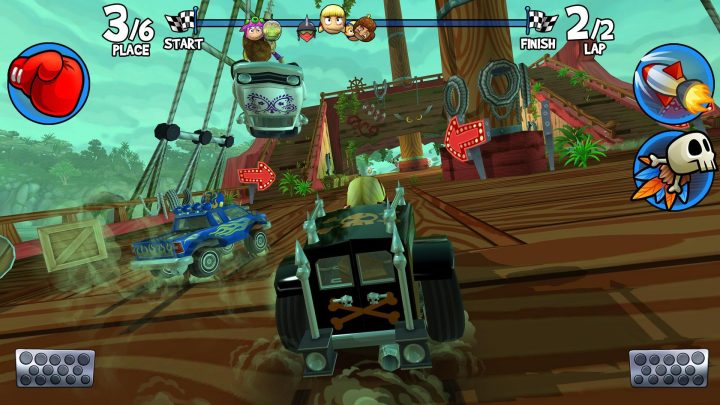 Beach Buggy Racing is a fully 3D off-road kart racing game with amazing physics, detailed cars and characters, and spectacular weapons, powered by Vector Engine and NVIDIA’s PhysX. It’s like a console game in the palm of your hand!

With over 45 Powerups to discover and upgrade, BBR2 adds a layer of strategic depth to the classic kart racing formula. Create your own custom Powerup deck with out-of-this-world abilities like “Chain Lightning”, “Donut Tires”, “Boost Juice” and “Killer Bees”.

Three new drivers — Mikka, Beat Bot and Clutch — join Rez, McSkelly, Roxie and the rest of the BBR crew in the battle for kart racing supremacy. Build your reputation to recruit new racers, each with their own unique special ability.

?? PLAY AGAINST THE WORLD

Test your skills against other players from around the world. Race against player avatars in daily races. Compete in live tournaments and special events to win exclusive in-game prizes.

Edge-of-your-seat racing with 6 drivers. Daily drift and obstacle course challenges. One on one driver races. Weekly tournaments. Car challenges. So many ways to play!

Beach Buggy Racing 2 is designed for players 13 and older. It is free to play, but it contains items that can be purchased for real money.