When Alice wakes up, a change will come to human history–

Girls wearing “high-dimensional weapons” confront the conspiracy hidden behind the peace!
For those who are important to her – she believed that her feelings would surely be rewarded.
Until then…

■ 4 stars confirmed in the tutorial! ■
A tutorial scout is underway that allows you to redraw until your favorite character appears!

■ 3D action shooting with “easy operation” ■
Not only can you move with one finger, but you can also shoot and slash at will!
Enjoy the high-dimensional fusion of clear and comfortable operability and deep gameplay!

■Fight with friends “Multiplayer”■
Equipped with a multiplayer mode that allows up to four people to fight together
Cooperate with your friends and defeat powerful enemies! 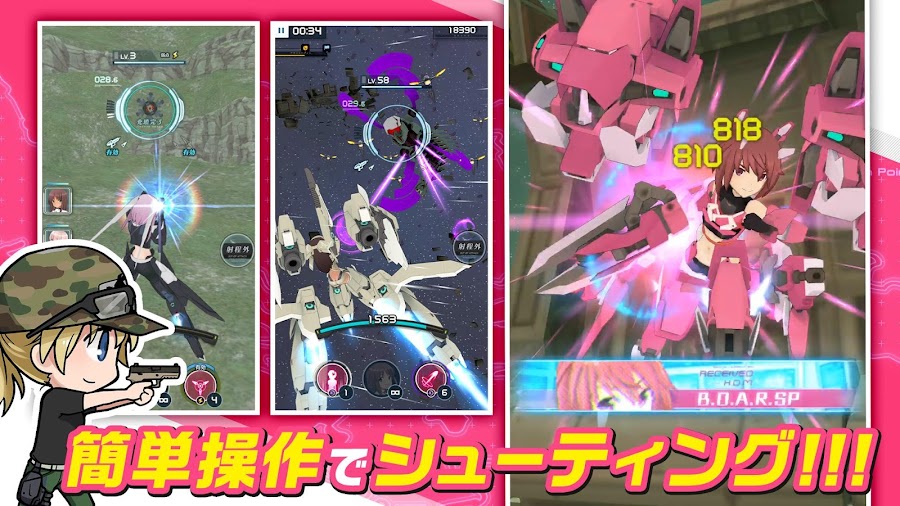 ■ Turn the tide with a flashy blow ■
Different flashy “SP skills” for each character,
Let’s enjoy an exhilarating battle by making full use of “skills”!

■ Let’s deepen ties with girls ■
Achieve missions and give presents to improve your bond!
As you deepen your bonds, bond episodes will be unlocked!
You may be able to see an unexpected side that you don’t usually see. !